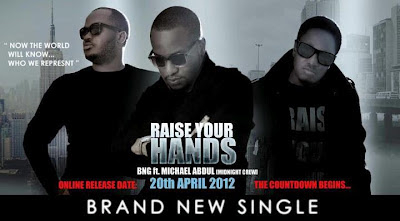 Music trio BNG an acronym for Brand New Generation, have been around since 1996 but recorded their first album in 2000. BNG is made up three handsome gentlemen: DARO, PATRICK & NOSA. The award winning trio also own a full fledged Audio and Visual production company.