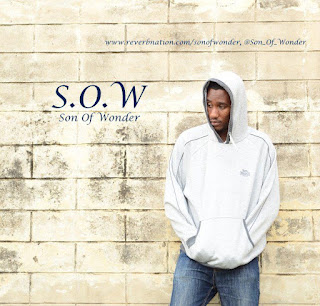 S.O.W (Son Of Wonder) [pronounced Es-Oh-Double-You] is a God chaser, music lover, church boy, dramatist... Christened Zakari Onagie Agbede by his parents, he is an Electrical engineer on his CV but a passionate musician and worshipper at heart. His unique style is characterised by poetic lyrics, a laid back approach and melodious beats. He is driven by a passion for Kingdom influence through music. Loves to make music, support kingdom activities, drive fast cars, play video games and do computer "stuff" in general.

He sites "Priesthood" as his earliest rap mentors but also acknowledges that the extreme diversity of his music stems from listening and loving basically all genre's of both modern and classic music. He has always been a lover of music and started putting pen to paper around 2006. The musical evolution since then has been jaw dropping.

He is extremely social and Kingdom minded. He hails from the hill town of Okpekpe, Edo State and resides in Zaria, Kaduna State. Check out his blend of rap and worship. A beautiful combination I must say