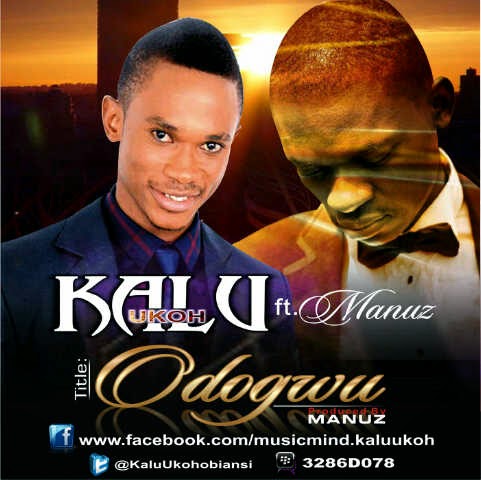 Kalu's new single "Odogwu" produced by his music coach and director MANUZ is a song of deep thanksgiving to God. In this song,he featured MANUZ who has tremendously impacted his music career. This song will never leave your lips after listening to it.

Kalu Ukoh is a native of Abia state and was born in Douala, Cameron. He is the only son and the last of four children. Kalu started his musical journey at a very tender age. He worked with his friends Simeon and Odimegwu and they formed an acapella group called DE DONS OF WORSHIP. In 2010, he was selected to represent Nigeria in London by an NGO called ‘SAVE THE CHILDREN. He has grown to be one of Nigeria's fastest upcoming Gospel music minister. He Is an anointed praise and worship leader who's voice has blessed thousands of people both home and abroad. In 2013,he auditioned for the second season of th prestigious Destiny child gospel music talent hunt, where he gained access to the academy. With his electrifying and captivating performances he made it to the top SIX of the competition called the PROLIFIX.
2014 Kalu Ukoh Manuz Music Naija Gospel Odogwu