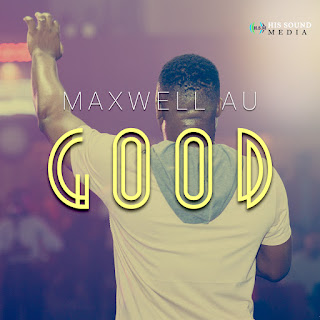 Maxwell AU is a creative singer-songwriter, recording artist and a worshipper. He leads his audience into the seasoned presence of God in worship through the help of the Holy Spirit. Maxwell desires always to leave his audience with great satisfaction both spiritually and emotionally
Furthermore, he has a clear vision to influence lives and bring billions of souls to the Heavenly father. He was born into the family of Bishop John and Peace Aruakpor and raised with great discipline and the fear of God.

He started off as a drummer and after a while fell in love with the keyboard. He has since been improving and re-inventing himself. Maxwell AU is also the founder of the Victorious Worshippers group.

He released his debut album called Dependable God with a hit track Hallelujah featuring a powerful vocalist Faith Eze and the Victorious Worshippers. This single gained a lot of attention in the media and won the Akademia Music Award for Best Gospel / Ballad Song , nominated for best gospel song for the  GMA/Covenant Award and Glass Achievement Award 2015 nominated.

He released a new single on the 21st of April 2020, called Good from his current project SHELTER that will be released soon by the grace of God.

He has been privileged to share the platform with many great worship ministers likes of Donnie McClurkin, Israel Houghton, Todd Dulaney, William McDowell, Travis Green, Don Moen and many more.

COVID-19 is still an issue in society, and we are still hoping that things get better by God’s grace.

Anyways, Gospel artist, Maxwell AU releases a new single he titled Good, which happens to be one of the songs in his upcoming album, Shelter.
Background story: Maxwell was born in delta state, Nigeria. He released his first single “Jesu We O’ Vie’ featuring Micah Heaven back in October 2010 and his first album called Dependable God was released on September 12, 2014.

He also expresses that the song came to him during his dark times. He had just gotten married and could not work because of a severe injury on his right hand. He further explained that he kept singing this song that the time and thing started working together for good! Isn’t God faithful?

Indeed the song is a blessing and a source of upliftment, especially in times like this. His testimony inspired today’s blog post. So my dear readers, asides from the variety of challenges and memes on social media to keep us laughing at this time, go download and listen to GOOD by Maxwell AU.